Structure of the Organisation 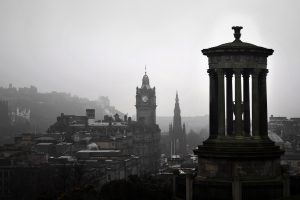 The Scottish Police Federation represents over 17,000 members.  It covers constables, sergeants, inspectors, chief inspectors and special constables.  The organisation consists of locally elected representatives  who form Area Committees in the North, East and West, aligning to the structure of Police Scotland. From those Representatives are elected full time Officials who carry out the organisations work locally. Members of these local committees then form the Joint Central Committee .  The Joint Central Committee is the executive body of the organisation and  has a full-time General Secretary, Chairman, Deputy General Secretary and Vice Chairman. There are also a number of full time officials based in Area offices across the country (see People section of this site) All are serving police officers. It also employs staff at its Headquarters at 5 Woodside Place, Charing Cross, Glasgow and in its Area Offices.  There are then Federation representatives elected in force for the three ranks, constable, sergeants and inspectors (including chief inspectors).

The statutory remit of the SPF is the welfare and efficiency of police officers. SPF negotiates pay, conditions and pensions for the police.  It provides a comprehensive legal advice and assistance service. It arranges life and other insurances, assists with and supports several Police related charities which provide help for Police Officers and their families.

SPF works with government, Police Scotland and other related agencies to ensure that the best interests of police officers are properly represented, both in relation to how they work and how they are compensated. It represents officers in many different areas such as health and safety, uniform and protective equipment, conduct issues, and of course giving a police officer’s view to government on the police, policing and the wider criminal justice system.

No police officer can be sure of what is going to happen to them in their police service and the Federation is there to assist them – it’s as simple and as complicated as that. A ‘cradle to the grave service’?  Not quite, but not far off.

2019 year represents the 100th anniversary of the Scottish Police Federation. To mark the occasion, a short video has been produced of landmark dates and events in the last century.

2019 represents the 100th anniversary of the Scottish Police Federation. To mark the occasion, a short video has been produced of landmark dates and events in the last century.