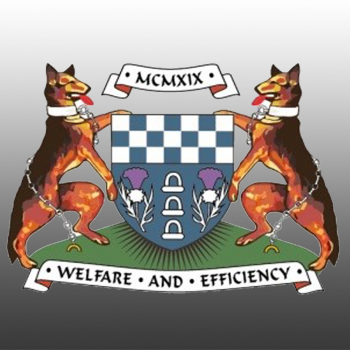 The Scottish Police Federation is devastated to learn of the tragic death of our colleague Martin Mooney and our thoughts are very much with Martin’s family, friends and colleagues.

Our officials continue to engage with the family, offering support and advice.

In the meantime, we call on members of the media to respect the privacy of all those affected by Martin’s death and in particular that they refrain from approaching the family for comment.

(Following developments, this post has been amended from the originally published version) 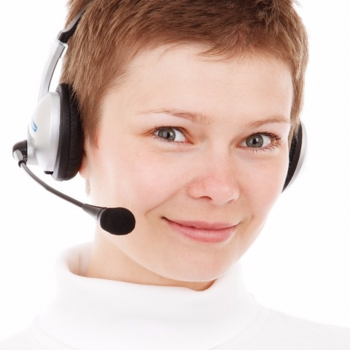 There will be SPF staff training on 30th and 31st  October 2019. Arrangements have been made to cover phones and emails during these days but we apologise if there are any short delays in answering or responding.

A group of male officers are being investigated over sexist bullying of female colleagues. Scotland’s police watchdog is investigating a group of male officers accused of criminality and sexist bullying of female colleagues. The Police Investigations and Review Commissioner (PIRC) probe centres on the Moray town of Forres and has been questioning witnesses over ten months. It is alleged that male officers – nicknamed “the boys’ club” – drove a female officer to a forest at night where they abandoned her. This was to “teach her a lesson” after she made a report of domestic violence and sexual assault against her police officer ex-partner. A second female constable, in the late stages of pregnancy, was allegedly locked in a first-floor room inside Forres police station, forcing her to flee through the fire escape. A female civilian officer was also allegedly locked in a ground-floor room at the same police station. She escaped by climbing out a window.

Analysis: Do police problems prove there is Life on Mars?

An STV News investigation suggests sexism, misogyny and worse at Police Scotland in 2019. Police Scotland’s senior management and PR bosses are acutely sensitive about the treatment of female officers and civilian staff in today’s enlightened times. Life on Mars stereotypes of sexism, misogyny and worse were supposed to have been left in the 1970s – but today’s STV News investigation suggests problems persist in 2019 Scotland. Angela Wilson, a former assistant chief constable of Tayside Police with more than 30 years’ service here and in England, spent her career fighting for equality in the ranks. Having spoken with one of the Moray female officers and others who have suffered similar ordeals elsewhere in Scotland, she believes political intervention is required. Ms Wilson told STV News: “Things indeed may have changed but clearly they’ve not changed sufficiently – this is not an isolated case. “There’s no point in just looking at this today and hoping it will go away and things will improve ever so slightly. There needs to be a look at the culture and how cultural change can be affected. “I think MSPs on the justice committee need to call evidence; they need to be looking how far and wide this is.” Ms Wilson is wary about commenting on policing issues because the last time she did, she suffered online abuse.

It’s alleged one victim was abandoned in woods while a pregnant officer was locked in a nick. Tory MSP Liam Kerr called the accusations in Forres, Moray, “serious”. It’s claimed the rogue policemen abandoned the female colleague as revenge for her making a complaint against her cop ex-lover. The clique, nicknamed The Boys Club, are alleged to have taken the shocking action after the woman reported she’d been a victim of domestic violence and sexual assault.

New laws aimed at tackling ticket touts during next year’s European Championships in Glasgow could create accountability issues, the head of a police body has said. Callum Steele, general secretary of the Scottish Police Federation (SPF), told MSPs there are a number of issues with the Uefa European Championship (Scotland) Bill, including the handing over of “pseudo police powers to non-police officers”. The proposed law, which will cover the Games at Hampden next summer, is designed to ban ticket touting and constrict advertisers near fan zones in the city to just those sponsoring the event.

Scotland has become the first country in the UK to ban smacking. The new legislation will effectively give children the same protection from assault as adults and removes the defence of “reasonable chastisement” or “justifiable assault”. Previously this meant parents could smack their child on the body but not on the head. The Bill was brought to Holyrood by Green MSP, and former policeman, John Finnie. Though he was backed by his colleagues, the Government, Labour and the LibDems, there was no love for the bill from the Scottish Tories.

New crime statistics released by the Scottish government show an alarming rise in sex crimes in West Lothian Reports of rape and sexual assaults in West Lothian have almost doubled since 2010/11. New figures released by the Scottish Government showed that overall, recorded crime in West Lothian had fallen by 30 per cent over a 10-year period. But between 2017/18 and 2018/19, there has been an alarming eight per cent spike in crime.  Crimes such as theft and fraud have risen by 21 per cent in the last year in West Lothian, with fire-raising and vandalism incidents also rising by four per cent. But it is crimes of a sexual nature that will cause the public most concern.

Nicola Sturgeon has blamed the opposition parties at Holyrood for a recent upsurge in sectarian trouble that has led to increased assaults on the police. The First Minister said the opposition’s repeal of a law designed to stop religious bigotry at football matches last year had sent “entirely the wrong signal”.

The UK Government must cover all of the estimated £100 million bill to police a prestigious UN climate change conference in Glasgow, Scotland’s Justice Secretary has said. Humza Yousaf said the security and policing costs of COP26 – which will see up to 30,000 delegates converge on Scotland’s largest city – will be “really substantial”.

Boris Johnson Brexit deal LIVE: Scottish court to decide whether PM can be jailed over no-deal

The highest civil court in Scotland is preparing to hear arguments over whether Boris Johnson can be forced to extend Article 50 to avoid leaving the EU without a deal. The so-called Benn Act, which passed last month, requires the Government to seek an extension if an agreement isn’t reached by Halloween, but opponents are suspicious the Prime Minister will try to thwart legislation to fulfil his vow to leave on October 31 “do or die”. The hearing, which could decide that fines or even a prison sentence could be imposed, comes as the European Council said the EU is “open but not convinced” by new proposals for a Brexit deal.

Nicola Sturgeon has blamed the opposition at Holyrood for a surge in sectarian trouble that has led to increased assaults on the police. The First Minister said the opposition parties’ repeal of a law designed to stop religious bigotry at football matches last year had sent “entirely the wrong signal”. She told MSPs: “We now have to deal with the consequences.” Earlier this week, it was revealed assaults against police officers has risen by a third amid increased sectarian tensions.

Police Scotland recently hosted a delegation from the Norwegian Police Service as part of an established and ongoing relationship.

In the latest of a series of visits, the group of senior officers met Assistant Chief Constable John Hawkins on Thursday 26 September 2019 at the Scottish Police College, Tulliallan, to discuss Police Scotland’s experience of reform. They then visited Livingston Police Station to see policing in action with a focus on local service delivery and partnership working between the police service and key partners, in a co-located setting. Police Scotland’s International Development and Innovation Unit (IDIU), working with officers and staff across the service, deliver support to help keep people safe across the globe, deploying officers and staff globally as well as hosting groups of visitors here in Scotland. Our service has a very high worldwide reputation and this is one example of where other police professionals are learning with and from us to help deliver the best service possible.

Scotland’s justice secretary is angry that police were “blindsided” by ministers at Westminster who refused to share sensitive Brexit planning.

Humza Yousaf wrote a month ago to Michael Gove, minister for no-deal planning, seeking clarity on public order preparations but had no reply. Will Kerr, deputy chief constable for local policing, said on Tuesday that Police Scotland had been denied access to plans to handle civil disruption. The force has only seen arrangements that are heavily focused on the south of England, with little recognition of Scotland’s position, he said.

Scotland’s Chief Constable has beefed up his international and borders policing units as he braces his force for Brexit. Iain Livingstone is desperate to maintain crime-fighting links with the rest of the continent after the UK leaves the European Union, perhaps as early as the end of this month. Senior officers and politicians have long warned about the dangers of losing access to Europol, the EU centre co-ordinating investigations and intelligence.

Scotland set to be first in UK to ban smacking

Smacking children could be made illegal in Scotland today if MSPs vote to change the law to ban their physical punishment.

The smacking ban is set to be voted on by the Scottish Parliament and would give children the same protection from violence as adults by removing the defence of justifiable assault in Scots law. The Bill, introduced by Scottish Greens MSP John Finnie, faces its final vote on Wednesday, with the former police officer calling for cross-party support for the “vital legal protections for Scotland’s children”. Removing a parent’s right to hit their child would bring Scotland up to international standards, Mr Finnie has argued, adding: “Physical punishment has no place in 21st century”. Ahead of the vote, Mr Finnie MSP said: “This evening the Scottish Parliament has the opportunity to show courageous leadership by putting in place vital legal protections for Scotland’s children. 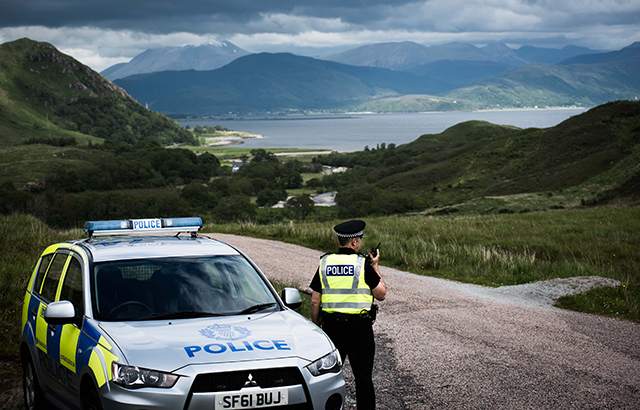 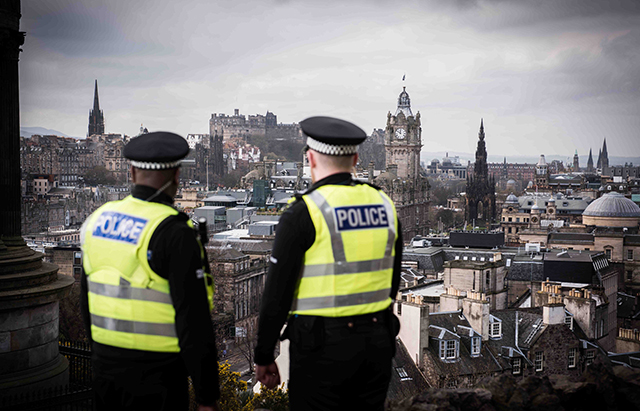 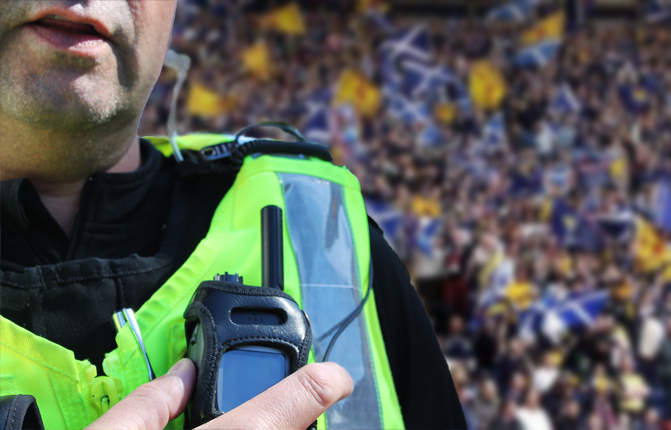