A team of Forth Valley officers are set to tackle the gruelling Three Peaks Challenge in tribute to a much-loved colleague who is battling cancer.

The nine intrepid explorers aim to scale the UK’s three highest mountains within just 24 hours during their mission next month.

The officers were inspired to raise vital funds for Maggie’s Forth Valley after discovery that now-retired Sergeant Cameron Shanks had been diagnosed with terminal stomach cancer.

Despite being given a life expectancy of just six to 10 months, Cameron, known as Cammy, has remained positive and is being supported by the lifeline charity.

He said: “I have turned to Maggie’s for the help and support that I need, and I have to say, words do not describe how much their support helps to both me and my family.” 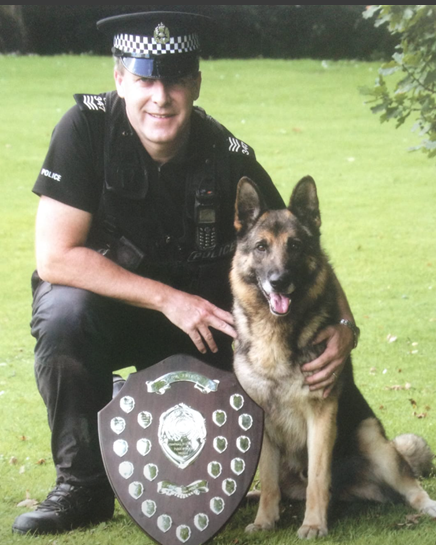 Cammy during his time with the force.

The father-of-four, who has more than 30 years service with the force, began his policing career as cadet before moving to join the dog unit.

After his retirement, Cammy spent the next 12 years training and developing new recruits at Scotland’s Police College at Tulliallan.

He is married to wife Claire and recently welcomed his granddaughter Emily into the world. 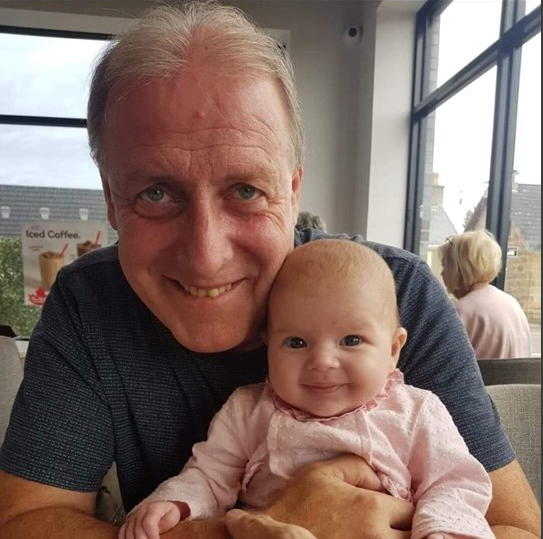 Cammy and his new grandchild Emily.

The retired sergeant is also well known within the local community for his DJ skills.

After being moved by their well-respected colleague’s health battle, the team decided to take on their own challenge to help raise funds for the charity.

The hike will begin on August 17 at the base of Ben Nevis near Fort William, where they will climb and descend the Munro.

They will then travel through the night to reach and climb Scafell Pike in the Lake District before heading off to tackle Snowdon in Wales.

All going well, the team hopes to complete the challenge at around midday on August 18.

All funds raised will be given to Maggie’s Forth Valley to help them continue to offer their support to people diagnosed with cancer.

The team have also issued their heartfelt thanks to all the sponsors who have made the challenge possible.