A group of Armenian officials have visited Scotland in a bid to find out more about the benefits of community policing and youth development.

The Scottish Police Federation hosted the meeting, which was also attended by representatives of Police Scotland, at their hub in Dundee on November 21.

The Peaceful Change initiative, which seeks to help countries manage conflict during periods of transition, arranged the visit and hoped to find practical solutions which may help improve relations between the police and the citizens of Armenia.

Following years of corruption, the general public in the former Soviet nation do not have a good relationship with the police, who were often seen as agents of the state.

This began to change following a series of peaceful anti-government protests in 2018 which saw Armenia’s former leader Serzh Sargsyan ousted after 10 years in charge.

The visiting group included MP Tatevik Hayrapetyan of the ‘My Step’ party and MP Anna Kostanyan of ‘Bright Armenia’, who wanted to find ideas to take back to their colleagues.

Ms Hayrapetyan told the meeting that following the change of government, Armenians were beginning to trust the police more but she was keen to find ways of continuing to improve this particularly with young people. 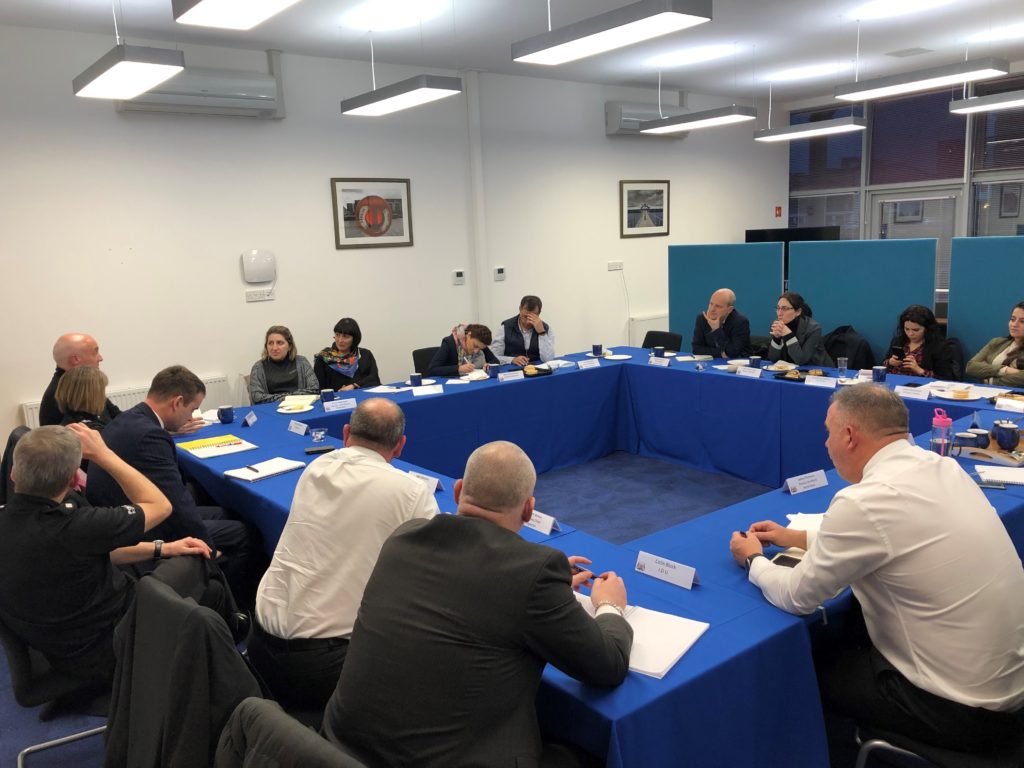 Officials from Police Scotland and the SPF gave advice on youth engagement in policing.

Researcher Anna Yeghoyan also explained that many citizens had very limited interaction with the police or people in uniform except for “when something bad happens”.

Police constable Scott Menmuir, Preventions Officer (education and Young People) with the D Division prevention hub, explained how he and other community officers go to local schools and meet with the pupils in a bid to break down barriers.

He said: “Yesterday I was in a school in Perth and the headteacher suggested that we come in at lunchtime.

“You sit with the kids in the dinner hall. Not because anything has happened, we’re just there to engage with them.

“The more we do that in a school, the less likely they’ll think something bad has happened. It also helps because they see me as a person. I’m not PC Scott Menmuir, I’m just Scott.

“We know that because we have gained that trust with them at school that it becomes easier if we have to go to their door if something has happened.

“We also go in to the schools and speak with the older pupils, say 16-year-olds, and give them the tools to help make the lives of the younger ones better.

“The younger pupils are more likely to listen to someone closer to their own age than someone a lot older like the police.

Detective Chief Inspector Graham Binnie, of Tayside’s Public Protection Unit, also gave examples of young people being invited to community engagement events where they have direct access to senior officials, allowing them to express their views on what they want from policing.